Can't Reset Your GFCI Outlet? Here's What May Be Wrong And How You Can Fix It

GFCI outlets are an important safety feature commonly found in kitchens, bathrooms, and other areas of the home that might contain standing water. GFCI outlets help to prevent electrical shock by immediately turning off power to the outlet when it detects that too much electrical current is moving through it, as would happen if you accidentally dropped an appliance such as a hairdryer into water.

1. Check Your Electrical Panel for a Tripped Circuit

Your home's electrical panel performs the same function as your GFCI outlets. When too much current runs through a circuit, it will automatically trip and shut off power to that circuit. In some cases, the excess current that caused the GFCI outlet to shut off may cause the circuit to trip as well.

In addition, modern GFCI outlets won't reset when they're not receiving power — if the circuit it's on has tripped, the reset button will immediately pop back out when you press it in. Reset the circuit breaker that powers the GFCI outlet and see if it can successfully be reset.

2. Reset the Other GFCI Outlets in Your Home

Try resetting the other GFCI outlets that are connected to the same circuit. If one of them successfully resets, that means that it was first in the sequence, so it tripped and was blocking the rest of your outlets from receiving power. If you don't know which outlets share the same circuit, just try resetting all of the GFCI outlets in your home — eventually, you should find the one that actually tripped.

Replacing a GFCI outlet requires working with electricity, so it's a good idea to have the work performed by a residential electrical contractor. If replacing the outlet doesn't work, you'll need to call a contractor regardless — it typically means that there's a ground fault within the electrical wiring in your home, and using the outlet won't be safe until that can be repaired. 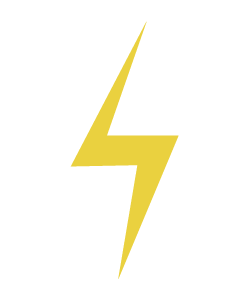 Even if your home is built to perfection, it will be of little use without quality electrical work. The lights won't turn on. The water heater won't warm up. You won't even be able to cook dinner in your oven! The work of an electrician is certainly work to be valued. Whether you're building a new home or making renovations to an existing one, you need a good electrician on your side. If you would like to learn more about hiring an electrician, making plans for an electrical project, and common repairs made by these pros, then keep reading. This blog is dedicated to electricians and the fine, valuable work they do each day.

Read in about 3 Minutes